Relationship Friction is a formula linking people’s behaviour and relationships to measures of financial performance.

Different Social Relationships require different levels of time, effort and energy in order to function at their best. By comparing the level of effort in a particular Social Relationship with both people's salaries, it is possible to show how much money is spent on Relationship Friction1. In turn, this allows the cost of relationships to be quantified in financial terms and linked to measures of performance such as metrics, revenues or costs.

An Example of Relationship Friction 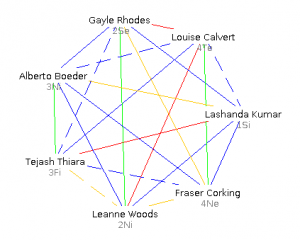 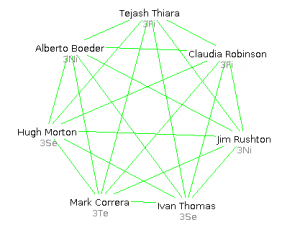 2. To create the random team, a spreadsheet was used to simulate different combinations of Social Profiles. By way of context, having run the random team generator over 50 times, the average Relationship Friction % is calculated at 16.3% with a low of 12.3% and a high of 19.2%.

3. Work to date suggests that overall, teams typically have an average or normal distribution of Social Profiles and Social Relationships within them. There are some functional and industry biases (e.g. HR typically has more feeling profiles i.e. those with F in their acronym) but for the sake of this example, the random team presented is a good representation of what might be found if a team was picked at random from any organisation, regardless of seniority or function.