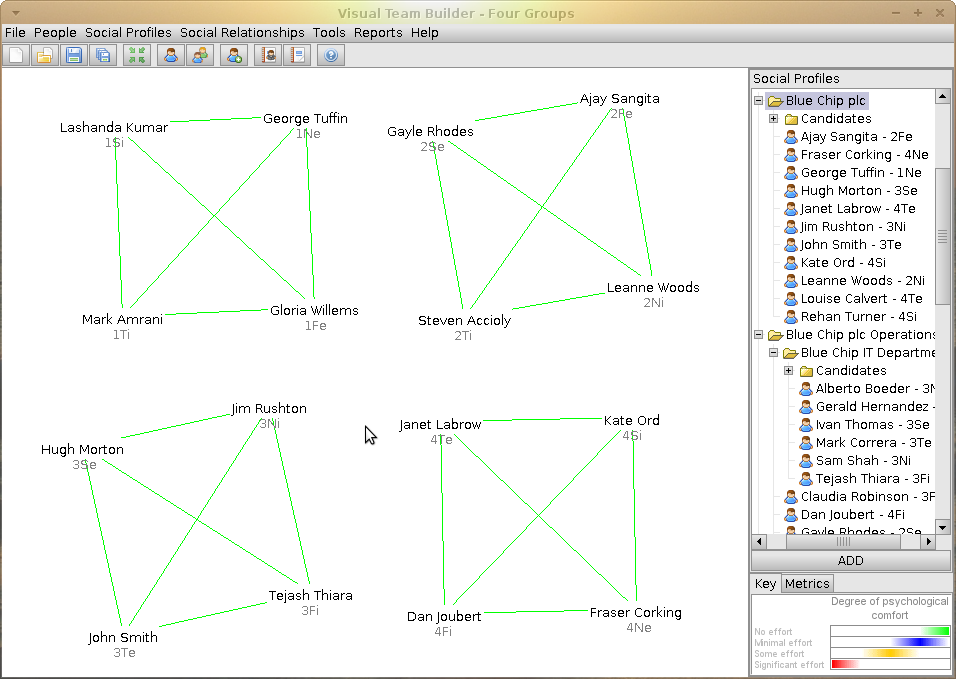 When individuals are part of the same Social Group, they come together to share common group values, enabling the group to work together more cohesively. By extension, performance is likely to be above average.

4G also identifies which value system the Social Group will have an affinity with in terms of values, working environment, group pioneers and early adopters.

As a point of reference, the ideas behind Social Groups can be seen in other approaches and theories. The first is the idea of a product life cycle consisting of innovation, early adopters, mass market and late adopters. Each of these four stages are analogous to the four Social Groups detailed below.

The second approach is the Cynefin model which outlines a four domain theory for sense-making consisting of Chaos, Complex, Complicated and Simple (a fifth domain or vacuum also features). This also offers a good degree of analogy or representation when considering metaphors and alternative definitions for the Social Groups.

The table below introduces summary definitions of each of the four Social Groups.