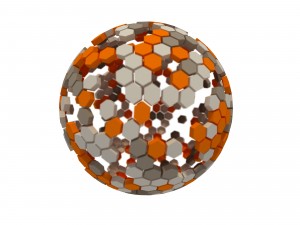 Despite tangible benefits in other areas, the value of HR and Big Data is unclear.

Much has been written in recent months about the potential for HR and Big Data (here) to transform the way HR can influence a business. Meghan M. Biro wrote a piece at Forbes (here) about how some forward thinking, predominantly tech focused businesses are investing in sophisticated data mining technologies in order to uncover the hidden behaviours and characteristics that lead to successful performance.

Big Data’s greatest HR value may well be as a predictive tool. By analyzing the skills and attributes of high performers, Big Data allows organizations to build a template for future hires. HR and leaders can learn what to look for with incredible precision.

Big Data is undoubtedly a buzz word in the wider economy. The use of new database analytics capable of crunching huge amounts of data, offers up the tantalising prospect of being able to uncover hidden patterns, trends and relationships that have until now remained unknown. Given the escalating amount of #hr247 information we generate every day of our lives, it seems to make sense to try and use this information to gain genuine insight.

There are clearly some areas where HR and big data would seem to have the most obvious or benign uses; various scientific applications such as meteorology, genetics research and physics (The Large Hadron Collider). Likewise I have no doubt that Big Data is going to play an important part in helping organisations understand customer behaviour and brand interaction to a far greater level than they do at present. However, with all the information being generated and activities monitored, there are inevitably going to be some uses that push the boundaries of what is ethically acceptable. Indeed it is heard to imagine that the current scandal engulfing the US security agencies would be possible without the existence of Big Data analytics. In the business world, the more an organisation tries to measure the minutiae of their employees behaviour the more careful they need to be before the ethical alarms start flashing.

For HR, the potential is that Big Data can make some ground in developing predictive analytics that will enable organisations accurately predict the performance of individuals and identify and nurture the behaviours that lead to success. By developing models of behaviour exhibited by star performers, it is hoped that these findings will help identify the next generation of corporate superstars as well as improving the performance of current employees. Google has done a lot of research into this area with some surprising results. In a recent interview with the New York Times (here) Laszlo Bock, Senior Vice President for People, outlines a number of ways that the technology giant is attempting to improve its understanding of the key intangibles affecting performance and some of the challenges that they face;

I think there’s been a fairly recent confluence of the ability to crunch lots of data at fairly low cost, venture capital investments that support new businesses in this field, and changes in what people expect. Leadership is a perennially difficult, immeasurable problem, so suddenly people are saying, “Maybe I can measure some piece of it.”

Part of the challenge with leadership is that it’s very driven by gut instinct in most cases — and even worse, everyone thinks they’re really good at it. The reality is that very few people are.

The second area where Big Data is making an impression on the HR industry in in terms of the recruitment process and widening the net of potential candidates available to employers. There are a number of start-up companies looking to build products and services that essentially widen the recruitment net by trawling social networks, forums etc. looking for people with experience or abilities that are in demand.

However, I'm not convinced that in its current form Big Data going to have the effect that many supporters are claiming. Surely, the fact that we still don't know what makes someone successful leads me to think that we are looking in the wrong places for the factors that define success. After all this time, I think it unlikely that even with the analytical advances brought to us by Big Data, looking for clues in a person's behaviour and characteristics alone will provide any revelatory insight.

The biggest change in mentality that we need to get used to is that a person's performance is not just about that individual. This mentality is deeply ingrained and runs through our society, for example our education system is built upon isolating and measuring an individual's capabilities. And no matter how compelling the evidence otherwise, organisations continue to view individuals in isolation. However, as Boris Groysberg wrote (here) in the Chasing Stars: The Myth of Talent and the Portability of Performance. Individuals are rarely able to replicate the success they have in one organisation once they get headhunted into another. In other words performance is down to more than an individual's abilities, there must be other factors that explain performance than star quality.

The Real Drivers of Performance

To understand performance or lack thereof, we need to look far beyond the capabilities, characteristics or behaviour of individuals. Relationships, culture and other intangibles and contextual factors play a huge role in understanding performance. And this is where things start to get complicated. In any complex system, such as large organisations, there is a system or series of interconnections that subtly but tangibly influence others. For example, small changes in team composition and communication within a team can have a large effect on overall and individual performance. Likewise, even personnel changes in different teams can influence the performance of another team.

We are only now beginning to understand the importance of relationships and interpersonal dynamics within teams. For example recent research has highlighted the role of working with friends has on engagement (here). Likewise when assessing an individual's performance we rarely stop to consider the effect interpersonal dynamics have on an employee. Is it right to mark down an employee if they are struggling to fit in within their team. Likewise it is equally damaging to over reward an employee whose strong performance is heavily influenced, albeit subconsciously by the strong relationships and culture around them.

Like relationships, organisational and in particular group or team culture plays a significant role in performance. Internally, particularly for small teams, having a clear and consistent way of doing things is often the key to maximising performance. However, whilst there may be a strong internal culture, these benefits may be undone by having to work with other teams or groups with contrasting approaches. As Google's Block states, this is an issue that they are currently looking into;

On the leadership side, we’ve found that leadership is a more ambiguous and amorphous set of characteristics than the work we did on the attributes of good management, which are more of a checklist and actionable.

If we combine all these variables together, it is easy to see how even small changes in group dynamics, personnel (both inside and outside the team), competitive landscape or organisational strategy can have a significant impact on performance. Likewise we can also see why we have never been able to identify a series of coherent individual behaviours that consistently deliver success. Performance is situational, what works well in one scenario may not work nearly as well, even in the same department or organisation! The question we should be asking is, is Big Data the right tool for understanding these complex dynamics?

Are We Getting Carried Away by HR and Big Data?

Big Data may be useful in identifying the behaviour or characteristics required in repetitive, mechanistic or individualistic pursuits. I'm yet to see the ability to predict performance on more complex and variable tasks. This is  particularly so when we get into situations requiring lots of collaboration or co-operation between employees.

Arguably, there is also a danger of placing too much emphasis on historical data when situations and scenarios are constantly changing and the goal posts are shifting. Organisations are constantly in a state of flux. This means that the personnel and approach that might have worked well on one project may struggle to replicate this in a different scenario. When it comes to using new technologies for identifying potential candidates, I think that Big Data can be useful for identifying people with a very specific skill-set or specialist abilities. However, in the wider community, the fact that someone has a highly visible presence on various social networks is no more an indicator of success than a strong CV.

Furthermore, Big Data is only as good as our insight and there is always the danger that we end up fitting a theory that fits the data in front of us. By blindly accepting the numbers, we run the risk of never fully understanding  This is a dangerous position to be in and acts as an inhibitor to boldness and innovation.

With this in mind, Big Data needs to be contextualised. We will have a need for Big Judgement as well as Big Data. Are there enough strong thinkers; people who don't just react or are in possession of significant leverage to build on these insights in a meaningful way? It is not being reactive, about implementing best practice and setting future rules and systems.  We need new theories and ideas to give maximum value to the information.

Rather than laying out a series of universal truths about talent and leadership; the biggest short to medium term impact of Big Data is likely to be in slaying some notorious yet deeply embedded misconceptions. Amongst the useful things things that the likes of Google have figured out is that some factors that have previously been sacrosanct such as the CV, track record and the role of gut feel when making recruitment decisions; have no predictive value when it comes to future performance.

2 Responses to "HR and Big Data; Jumping the Gun?"