Rethinking the War for Talent 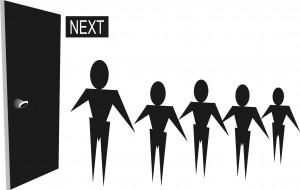 Despite advances in technology, selection methods and years of cumulative experience; organisations continue to struggle squaring the recruitment and talent puzzle. Arguably, with all the tools currently available to them, businesses are no better at recruiting than they were 20 years ago. Whilst new technologies and social media have widened the net, there is little evidence to suggest that decision making is improving or that organisations are better at understanding what makes a successful hire. Maybe it is time that we re-frame the talent question and look at recruitment decisions through a different set of filters?

Recruitment and talent management has traditionally focused on the individual; most notably track record and aptitude or ability, in other words the tangibles that can be relatively easily measured and compared. Undoubtedly, organisations are adept at assessing the aptitude or capabilities of potential recruits. However, individual characteristics and capabilities are only a relatively small part of the overall performance of a new recruit at any level in the organisation.

It is not surprising that we are drawn towards focusing on the individual. We are naturally attracted to the narrative that a track record gives us and the seeming logical progression that states that if a person has been successful in one role, they will be able to transfer this achievement into another organisation doing a broadly similar role. The support that a strong historical record gives us is something that will always feature highly in decision making. Yet weighing recruitment decisions heavily in terms of the individual is missing a huge amount of relevant information.

Instead, we need to think about the inherent variability of potential. A candidate's value to an organisation lies not just in their skills and expertise but also the level of cultural fit and the nature of the relationships that will develop with new colleagues and this will vary between different teams and departments. Will a candidate add to the cohesiveness of the team, improve collaboration and inject a certain something into the existing interpersonal dynamics? Alternatively, will the same candidate have the opposite effect, destabilising existing relationships and creating a drag on energy and ultimately productivity?

The importance of culture and fit are widely acknowledged as key elements of performance, yet are poorly understood. For example, many decision makers end up recruiting people who are similar to themselves, sharing similar, characteristics, background and interests. Whilst this may initially make for a high degree of internal harmony, it can quickly lead to inertia and a stifling working environment. Instead, a strong culture supports diversity and is naturally resilient in the face of external challenges, something that homogeneity will always struggle to cope with.  Without the ability to quantify or accurately measure variables such as relationships and culture, even the best recruiters are often left relying on gut feel when assessing the suitability of a particular candidate to a role within an existing team.

This is made even harder when we consider the complexity of defining and understanding organisational culture, where within a large organisation, there will be multiple sub-cultures existing within departments. This means that a candidate may be suitable for working in one team, whilst the same person may flounder in another. Likewise it is also true that the same candidate can be of great potential value to one organisation, yet be of much lesser promise to one of their competitors.

To illustrate this, we have put together an example where we have one candidate, Claire Harrison who has been interviewed by two companies, Company A and Company B (this example could also apply to two team within the same organisation). In the first two tables we can see the current situation in the two teams that Claire could find herself working in. To make the comparison easier, at this point both teams have a similar Relationship Friction Index.

For the sake of simplicity, we will assume that both organisations are willing to pay Claire the same amount (£50,000). When we add Claire to both teams the results are striking. In Company A, Claire working full-time in this team would move the Relationship Friction Index from 13.8 to 14.3. Whereas in the case of Company B, the Relationship Friction Index shifts from 14.8 to 18.5! What does this mean? Well, in short if Claire were to join Company B's team, her impact would require an overall increase in the amount of effort required by team members to be productive. This may manifest itself in a number of ways. For example, it may take some time for Claire to integrate into the team, secondly, Claire's arrival may have a negative effect on the existing team dynamics. In the longer run, it may also mean that overall productivity declines.

Admittedly, this is a simplification of a real world situation but it does raise a number of interesting points. Firstly, it becomes easy to see how an individual should not be seen in isolation or as having a set value to the organisation. By using a method of quantifying issues such as relationships and culture we can get far greater clarity in terms of understanding the potential of a candidate within a variety of different scenarios. It may just be that the candidate being interviewed for a particular role is a bad match for that position but may be a much better fit for another role currently being recruited for.

Secondly, using this approach raises the tantalising possibility of being able to identify those hidden gems, or individuals who would normally slip through the net. The use of Relationship Friction gives us an opportunity to look again at the people who maybe don't tick all the boxes in terms of experience but may add considerably to team dynamics and productivity. After all, it is often the candidates that appear to be the best candidate that leads to the greatest disappointment or frustration. Furthermore, the functional aspects of most roles can be picked up on the job, whilst more fundamental interpersonal dynamics are much harder to develop.

The trouble with trying to analyse recruitment performance is that it is hard to know when you have made the optimal decision. You may hire someone and it turns out pretty good but not great. In this case you will probably never regret your choice but at the same time you will never know if you passed on the candidate who could have made an exceptional contribution. Similarly, failing to appoint a candidate who goes on to achieve great things at another organisation does not necessarily mean that a mistake has been made. Unfortunately, "what if" scenarios like these rarely get analysed in-depth and as long as obvious, glaring mistakes are not being made, questions rarely get asked. Likewise, it takes a brave individual who suggests that they look beyond the most obvious or best "qualified" candidate. The reassurance offered by someone who has been there and done it is hard to resist.

Another thing that we can say is that organisations are deceiving themselves by engaging in the war for talent. Going up against competitors in an escalating battle to entice the best and brightest with increasing inducements, is likely to result in numerous costly and damaging recruitment mistakes and create many blind-spots. Recruitment is a much more complex equation and should be treated as more than a direct competition to attract the most talented. What organisations need to do is ensure that there is fit between who they recruit or promote and the teams the candidate will be working in. Clearly this requires a more nuanced approach however, tools such as 4G and Relationship Friction represent an enticing opportunity to reshape the way we think about recruitment.

Obviously, previous experience or track record needs to be taken into account, however this should not be the deciding factor when it comes to offering someone a job. Instead, recruiters need to be prepared to play down the significance of historical data and look to new tools such as Relationship Friction that take into consideration the variables and intangibles that have a greater impact on future performance. Ultimately what this comes down to is a recognition that performance is not down to the individual but a combination of experience, aptitude, relationships, networks and culture that govern performance.