3 Barriers to Adaptability and Change 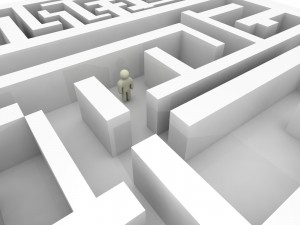 There are 3 barriers to adaptability and change.

Building on a post from Gary Hamel on the Hacking HR site, the 3 barriers typically serve to undermine or stall attempts at creating adaptability and change. Let's examine each of these three factors in turn, how they feed off each other and how they create barriers to adaptability.

Many of the highest profile companies are also public companies and public companies have always been held accountable by their shareholders every quarter. The rise of the 'shareholder value' movement, the demands of banks, investors and analysts, the increasing speed of information flows and the desire to continually improve economic performance have all played their part in creating an environment in which short term results are deemed more important that long term performance.

Businesses are typically judged on financial performance and if short term financial performance is the order of the day, it follows that strategic and personal career decisions will also gravitate towards short term thinking. Thinking about ambitious managers, new MBA graduates or the CEO, prevailing wisdom suggests that results must be achieved within a 1 - 3 year horizon or less. CEO tenures are falling and the amount of time spent in a job is falling too. If you can't show you've made a difference in a new job after 18 months - 3 years, then the impact of your CV is going to drop off and you're only as good as your last job. By extension, very few people would want to accept a role in which meaningful outcomes might only be available in 5 - 10 years (unless it's academia were talking about!).

This short term thinking around people's careers is often a catalyst when it comes to the creation and emergence of office politics. People put their own short term career trajectory and decisions ahead of innovations or alternatives that on paper offer superior or different outcomes but because they don't quickly enhance the incumbents career are shelved and never see the light of day. These two examples from Microsoft and Nokia highlight this while this Gapingvoid cartoon adds some humour!

The combination of short term financial performance and the need for people's own careers to hold up over a similarly short time frame means that investing in innovation and creating adaptable outcomes is going to be hard, unless some tangible results can be shown within 1 - 3 years. Put another way, selling innovation, entering new markets and radically shaking up a product or service portfolio is difficult when internally, everyone is focussed on a short term horizon and an already successful track record of performance. As a result, a huge majority of businesses are addicted to their core revenue streams and this is the combined result of short term thinking from people in the business and the prioritisation of short term profits.

Looked at another way, it is hard to find examples of companies who have changed their business model/product offering in a substantial fashion and continued to thrive. IBM under Gerstner and Apple under Jobs bought about meaningful changes to the business models and revenue streams of their respective companies. Amazon is also a good example of a business that has successfully shifted it's strategy and customer offerings over time. On the other hand, one of the criticisms levelled at Microsoft has been their inability to successfully diversify away from their core divisions of Windows and Office, despite having more than enough resources to do so.

Recent Examples of Barriers to Adaptability

With the three factors above in mind, let's take a closer look at some recent examples of barriers to adaptability.

When the iPhone was first released, Apple had never made a mobile phone, Nokia was the undisputed market leader and BlackBerry market share was very healthy. Yet, despite the successes of both companies and their then very healthy financial positions, Apple trumped them both within a few years. Looking into the reasons why, both Blackberry and Nokia were in denial about the iPhone. Staff couldn't believe what they were seeing and came up with lots of reasons to stick with their own versions of the status quo (more on Nokia and Blackberry).

Blackberry and Nokia suffered from a focus on short term profits, short term thinking and their own internal addiction to their then core revenue streams and business models.

Kodak invented the digital camera and yet through a combination of failing to embrace it's own creation, an over focus on competition with Fujifilm and the fall in chemical photo film sales, the business is a shell of its former self. These factors and others are well documented in this Wall Street Journal piece - The Demise of Kodak. As above, Kodak too suffered from short term horizons and an addition to their core revenues and was recently declared bankrupt.

Netflix began life with a very different business model to Blockbuster. Netflix started to post DVD's to people's homes and offering them no late fees whilst Blockbuster required customers to visit their stores in person and would always charge a fee if a movie was returned late. Fast forward a decade and Netflix is $3.2bn company whilst BlockBusters went into bankruptcy.

As with the two examples above, the same lessons apply to Blockbuster. A forced focus on short term profits resulting in short term thinking and an addiction to their existing business model, despite the warning signs and 10 year time frame within which to change, the firm still couldn't shake it's existing habits.

These first three examples all have elements of disruptive and technological innovation attached to them, along with the fact that the firms that came out worst in the competition either went into bankruptcy, or are a long long way off their previous levels of performance.

Microsoft and Google, as highlighted by Gary offers another interesting perspective on adaptability. Both firms are performing very well by broad financial measures. Q3 2013 for Microsoft saw revenues of $20.5bn whilst Google's revenue in it's latest quarter was $14bn, up by 31%. The point here is that while both company's performance is solid, critics have often seen Microsoft as failing to adapt to changes in the IT industry and failing to make the most of it's innovation and R&D budget. On the other hand, Google is typically well regarded when it comes to innovation and adaptability, either via it's product innovations, failed experiments or some of its forward thinking management practices.

Despite the ongoing financial success of Microsoft, their struggles to match their competitors in the internet search, online advertising, mobile phone and tablet spaces all point to the three barriers to adaptability curtailing some of their efforts at adaptability.

Further to the four examples above, feel free to read about additional examples below. There's a mixture of the contemporary and historic, along with tech and non-tech. As an aside, there tends to be more examples from the technology industry given how fast moving it is, but the impact of the internet is also reaching other, more traditional businesses too.

Each one of the examples above could easily be explored and researched in much greater detail. That said, they all share elements of the three factors outlined at the start. When it comes to barriers to adaptability and the ability of companies to tackle current levels of contemporary change, addiction to core revenue streams, short term profits and short term thinking all combine to make change an ongoing challenge.

1. This post first appeared on the Hacking HR site.

2. Two further examples from Microsoft and the IT industry as a whole both add to the themes above.

One Response to "3 Barriers to Adaptability and Change"