Socialogy and a Scientifically-Grounded Understanding of People 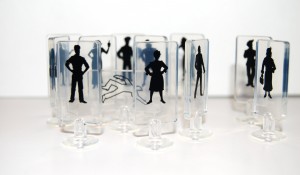 Stowe Boyd is starting some interesting research into what he's called Socialogy. Stowe defines Socialogy as "The theory and practice behind social business, its tools and techniques, and their impact on business culture, structure, operations, and people."

I am going to be talking with a lot of researchers, visionaries, and practitioners who are working to push business into the 21st century, and to explore their ideas about moving onto a philosophy of business grounded in what we know about the human mind, social networks, and the emergent behaviors of connected groups.

In the series, I pose one question to my guests consistently: ‘How do you think a scientifically-grounded understanding of people as social beings will change business in the future and how?’

Incidently, Socialogy isn't the first term that Stowe's coined - he's the originator of the term 'hashtag' and also coined 'social tools' back in 1999 so it will be interesting to see how this new term does.

Socialogy and the Potential to Transform Business

Given Stowe's question, I thought I'd have a go at answering this from the perspective of Four Groups.

A scientifically-grounded understanding of people, such as 4G, has the potential to change business in hugely profound ways, perhaps on a scale comparable to the industrial revolution, the introduction of the PC or the rise of the internet.

Such a statement is naturally loaded with many assumptions and implications, so it's worth exploring both in further detail.

A scientifically-grounded understanding of people is an extremely broad term. One could argue that a scientifically-grounded understanding has been with us for the past 20, 50, even 100 years when one considers high performance work systems, early psychometric work or Taylorism. Incidentally, the following extract sounds remarkably similar to what proponents of social business talk about today, even though this was written by Chris Argyris in 1964!

The emphasis on organizational change in the corporate life of recent years - including job redesign, autonomous groups, high performance work systems and the redesign of control systems - owes a great deal to the pioneering work of Chris Argyris.

Further to the Argyris quote, I'm assuming that Stowe is looking for new sources of scientific understanding and by extension, he doesn't consider the majority of 'classic' tools and tests to be worth investing much time in, otherwise why bother "talking with a lot of researchers, visionaries, and practitioners who are working to push business into the 21st century."

Looking at things from a contemporary perspective, in order to transform business, or put another way, to have a sustainable and valuable impact, 5 criteria need to be met in order for any 'scientifically-grounded understanding' to realise it's full potential.

In order to succeed, the benefits of any new approach, theory or idea must be easily explained. Back of a napkin, 140 characters, a single diagram, a 1 minute elevator pitch. It doesn't matter how it's explained, as long as enough of the benefits can be communicated quickly and easily. Equally, it isn't essential that everything is simply explained, just the headline benefits, as more in-depth explanations and technical details naturally require more time.

Consider the Java computer language . This was simply explained with the phrase "write once, run anywhere" which in the world of computer programming in the 1990's meant a great deal. Further to the initial idea however, Java had a number of other innovations, particularly how the language itself worked that needed more time to explain fully. The point however is that the idea could be quickly and easily explained to others.

2. A Scalable and Predictable Methodology

The second key to realising substantial benefits comes from a scalable and predictable methodology. Core to scientific understanding is the notion that scientific discoveries make predictions that can be reproduced and this is true whether we're talking about the temperature that water boils at or the discovery of the Higgs Boson.

In terms of the implications for business, it is important that any innovation offers cause and effect predictions that can be applied in a repeatable and consistent manner. This isn't to say that something needs to run at Six Sigma levels, but that it is consistent enough to be reliable and useful.

Context is key here and given that we're talking about understanding people, I'd suggest that anything that is predictably consistent 80 - 90% of the time or better is going to be sufficient. Dave Snowden sums this second point up well when he writes:

Scaling and sustainability have always been the issue with methods that depend on changing the people rather than the process. You might achieve the change in an individual or a group of people for a period, but until you imbed the new way of thinking into the heart and soul of an organisation such change is only temporary.

Consider the evolution of personal computers in businesses. As more and more people began to use their own computer, typing pools began to shrink and eventually disappear. Alternatively, given the rise of social tools, jobs such as internet community management and social media marketing have appeared in more recent times alongside the new software tools that make them possible.

New job titles don't always equate with genuine changes to people's jobs though. The rise of the HR Business Partner title has been met with some criticism, so testing this third principle typically demands some patience and the chance to review multiple case studies.

4. A Return on Investment (ROI)

The fourth factor evolves around the value generated from any new understanding or innovation. On one level, any new approach, tool or technique needs to be able to deliver value within a meaningful time period. Given that we're talking about understanding people, I'd suggest that this time frame would ideally be within a 12 month period and is likely to be no greater than 3 years. With today's pace of change being what it is, a 5 year horizon is almost certainly going to be too long, at least when it comes to people-related innovation in business.

Looking at ROI in more detail, this needs to be realised in a practical manner and returns either have to be measurable or at a minimum, there needs to be a consensus amongst stakeholders that the activity in question creates meaningful value, even if it's hard or impossible to demonstrate empirically.

Whilst reduced delivery times, higher sales or greater profit margins can all be easily quantified, showing the ROI from people-related activities is often easier said than done. That said, although proven results go a very long way in demonstrating a business case, it might be sufficient that enough stakeholders believe that the new activity adds appropriate value, even if measuring it isn't possible.

Looking at ROI more generally, a number of innovations have succeeded based on the impression of value, rather than an explicit measure. Mobile phones, smart phones, tablets and email have all experienced rapid adoption rates despite the lack of a formal ROI or business case. Instead, their success has been based on people's own perceptions and experiences. By way of contrast, merger and acquisition activity continues in spite of research suggesting that it erodes, rather than creates company value.

The fifth and final criteria is external validation. External validation may come through professional bodies, external (typically academic) research or company announcements endorsing the innovation in question. Given the external focus of this last factor, it typically takes several years before appropriate examples can be collected.

Motorola's endorsement of Six Sigma, the creation of a Social Business Council or announcements from Warner Bros. and Wal-mart in determining the Blu-ray/HD DVD format battle all illustrate the significance of external validation when considering innovation and it's likely success.

The Assumptions in Practice

In order to assess the criteria above, the following table compares six innovations to the criteria defined. To create a balance, some examples clearly fit the criteria well and are arguably now part of the business mainstream whilst others fit less well.

While the table above is by no means exhaustive, it hopefully illustrates the role that the five assumptions for business transformation play. When considering the assumptions against a range of different tools and techniques, one could argue that if an innovation manages to fulfil all five, then the likelihood of achieving business, departmental or procedural transformation is good.

To illustrate the point further, the following methods and technologies have transformed business and business departments, as shown in brackets, whilst also meeting all five of the assumptions.

By extension, the 10 innovations above have transformed the 9 functions/departments below.

Clearly what's missing from these two lists is anything that helps with 'understanding people as social beings'.

Whilst the five assumptions above illustrate the requirements for business transformation, the lack of an example related to a 'scientifically-grounded understanding of people' is conspicuous by it's absence.

Looking more broadly at 'understanding people', while Competency Frameworks were analysed in the table above, similar conclusions are likely to be drawn when looking at other tools and techniques in the psychological and Human Resources fields. Examples include:

Socialogy and Identifying the Conditions for Transformation

Returning to the original answer to Stowe's question:

A scientifically-grounded understanding of people, such as 4G, has the potential to change business in hugely profound ways, perhaps on a scale comparable to the industrial revolution.

Based on the 5 assumptions and the numerous innovations and methods already explored, a number of conclusions and predictions present themselves.

Firstly, finding a scientifically-grounded understanding of people that does fulfil all five criteria and is focussed around people is easier said than done. Clearly, there are no shortage of HR tools, methodologies and psychometrics as outlined above, although it doesn't look like any of the 'traditional' tools hit the mark. Likewise, the growth in social business over the past 5 years has brought this into much sharper focus. This is a good thing but it also exposes the current shortcomings in this area.

Secondly, should any innovation or understanding emerge that does fulfil the five criteria, then the potential to change business in a hugely profound way becomes a reality.

Thirdly, one possible candidate for fulfilling these criteria and realising the transformative potential of socialogy is 4G. Although there are a variety of questions still to be answered by 4G, the 4G approach is one that is worth further consideration.

Finally, the 5 assumptions can be used to test any new approaches or methodologies for their transformational potential. Although the research underpinning this post is far from exhaustive, the assumptions may help provide a framework against which any new model or theory can be tested. Given the historic context and examples of transformation that stretch back 30 or 40 years, further examination of these 5 assumptions may prove to be useful and fruitful.

One Response to "Socialogy and a Scientifically-Grounded Understanding of People"